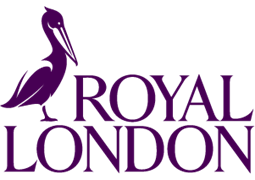 Income protection doesn’t take centre stage in client conversations quite as much as life or critical illness cover.

It’s like the Shakespeare of the personal insurance world, you’ve a general idea of what’s going on, but the finer details that make it important and interesting can be misunderstood or overlooked.

What is income protection?

Let’s take it right back to basics. The fundamental reason for income protection is to support someone financially if they need time off work due to illness or injury and suffer a loss of earnings as a result. As an adviser ask yourself, do you know anyone that could benefit from this type of protection? The answer will almost certainly be yes.

But when it comes to selling income protection, it’s easier said than done. There often seems to be something that stops a client from taking out that little bit extra, or any protection at all. So, I’ll address some of the most common objections.

1. “I’ll get enough sick pay from the Government.”

The average annual salary for full-time employees in the UK was £31,461 in the year ending April 20201. With Statutory Sick Pay currently sitting at £95.85 per week for up to 28 weeks2, this would be a drop of 84.2% in earnings if a client was off work for an extended period. Would they be willing to change so much in their life to fit this budget? Would that even be possible?

In 2020, the average person in the UK had just over £6,700 in savings3, but many don’t have that much. In fact, 40.9% of people in the UK wouldn’t be able to manage for one month without a regular income3. I often hear people say, myself included at one point, “it’ll be fine, I’ve got savings”. But how far would they go? Have they truly looked at their outgoings to know how long they’d be able to keep a roof over their head?

It’s a hard conversation to have and nobody wants to think of the worst-case scenario. But maybe, just maybe, if it’s laid out to them properly, your client might be willing to listen to how a small amount extra every month could help protect their future.

The classic line, almost as if the Bard had written it himself – “it’ll never happen to me”. In some cases, this will be true but conditions like cancer and mental illness don’t discriminate. They don’t care if there’s no family history, if you hit the gym five times a week, do yoga or drink kale smoothies. I’m sure most of us know, directly or indirectly, just how devastating a serious illness or injury can be; people in their 20s fighting leukaemia, in their 30s battling mental illness and those in their 50s struggling against cancer, and not always winning. It can happen to the healthiest people we know, at any time.

In 2019, the average Income Protection plan at Royal London was in force for just over five years before a claim was made4. Five years. I couldn’t tell you what’ll happen in five weeks, let alone five years. Preparation is key and, as an adviser, it’s up to you to make sure your clients are aware of all their options.

Preparing you for client conversations

In our latest webinar on income protection Intermediary Development and Technical Managers, Shelley Read and Gregor Sked, look at overcoming different objections. They explore how you can really get to know your clients to discover what truly matters to them and the best way to protect it. And they’ll take you through everything Royal London has to offer to make the income protection conversation just that little bit easier.

Remember, a little can go a long way.

© 2021 TMA Club. FOR INTERMEDIARY AND PROFESSIONAL ADVISERS ONLY. NOT FOR CONSUMER USE.The guidance and/or advice contained in the website is subject to United Kingdom (UK) regulatory regime and is therefore restricted to consumers based in the UK. Registered office: Newcastle House, Albany Court, Newcastle Business Park, Newcastle Upon Tyne, Tyne & Wear, NE4 7YB Registered in England & Wales number 02217569, TMA is a trading name of Advance Mortgage Funding Limited which is authorised and regulated by the Financial Conduct Authority. YOUR HOME MAY BE REPOSSESSED IF YOU DO NOT KEEP UP REPAYMENTS ON YOUR MORTGAGE